John Stroomer is an accomplished international potter with an insatiable passion for his work; its conception, the process, the execution and ultimately, the end result.  John lives on the Mornington Peninsula and is thrilled to be showing his work at this year's Art Show.

John has been a potter for over twenty five years, in his latter-day work John has striven for perfection in the use of often volatile Crystaline-Glazes as well as more traditional forms of porcelain decoration. 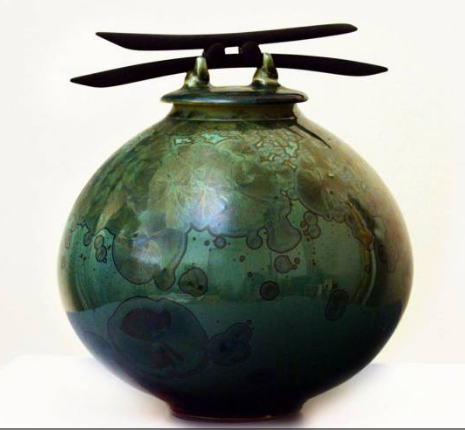 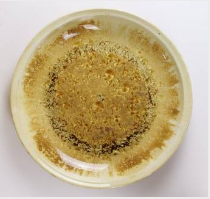 The exacting nature, temperature control, balance and understanding of materials and glaze technologies demanded by the Crystaline process reflect John’s mastery of his craft over many years. Each pot is fired at over 1,300 Degrees Celsius for at least 18 hours. Once peak temperature has been reached, the kiln is rapidly cooled to pre-determined temperatures, at which point the crystals begin to be formed. As crystal formation requires thence slow cooling, the temperature is held and slowly reduced/managed with a crystal growth period of an additional six hours.

Crystals can take on a myriad of shapes and are three dimensional in nature. In direct sunlight or strong light, spectacular effects can be created by the refraction of light bouncing off the crystals, giving each pot a true three dimensional appearance.

Metallic oxides and combinations of various materials are used to produce a wide range of colours, ranging from dark browns, to cobalt blues and coral greens, amongst many others.

The end result are a range of pots that are exquisite.